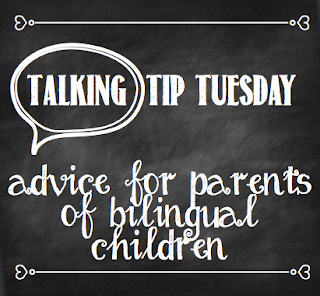 Talking Tip Tuesday is back with a goodie! Yesterday's blog was aimed at helping Speech and Language Pathologists/Therapists think about best practice when working with bilingual children.  Today's post is for parents raising a bilingual children. 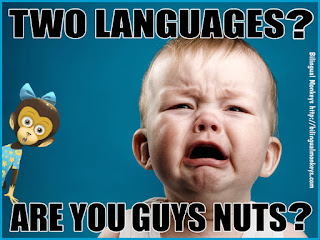 Advantages of Being Bilingual

Sometimes children are raised as bilinguals out of necessity because their parents are not fluent in English.  In these cases, the child will learn one language at home and another language at school.  Other times, bilingualism is a choice made by parents.  They would like their child to be exposed to another language because of all the advantages that come along with being a bilingual.  The below image summarises just some of the advantages that bilinguals have. 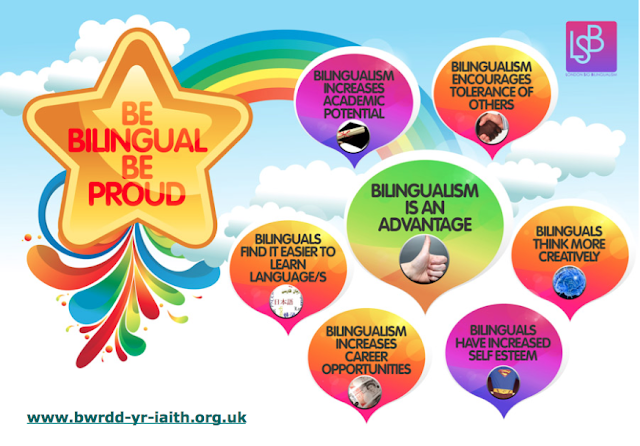 Often parents of children with language delays, learning difficulties or developmental disorders will ask Speech and Language Therapists whether they should stop speaking their home language and focus on the child learning English.  The short answer? NO! It is important to continue to use ALL languages that have been introduced to the child.

Reasons for continuing with ALL languages the child is exposed to 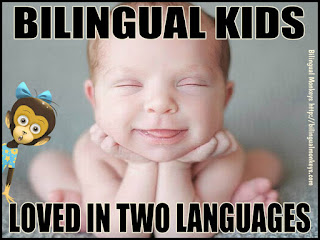 Apart from the reason in the above picture there are many reasons for continuing to speak both all languages that the child has been exposed to:

I can attest to that last point!  As someone who has grown up as a second generation Canadian, I learned English from birth and although I was exposed to Gujarati and can understand it, I have a lot of difficulty speaking it!  This makes it extremely difficult to communicate with elders in our community including my own grandparents and my husband's grandparents.  I suppose it's never too late to learn!

The bottom line is that there is absolutely no harm in exposing your children to multiple languages and in fact it is actually beneficial to them!  The most important thing is that parents and children share a common language regardless of what that language is so that they can communicate family values, experiences and love for each other.  From a speech and language perspective, the major goal of speech and language therapy should be focused on helping the child's skills in their home language so that they have a strong foundation for other languages that they are also learning.